Her name is Dinah. In the Bible her fate is merely hinted at in a brief and violent detour within the verses of the Book of Genesis that deal with Jacob and his dozen sons. Told in Dinah’s voice, “The Red Tent” reveals the traditions of ancient womanhood and family honour. See more below …

Reclaiming women who have been historically almost invisible has been a busy literary occupation for 50 years at least, and women mentioned in the bible are a rich field for imaginative re-creation. The Book of Genesis is packed with dramatic action; human motivation, feelings and the consequences of action figure far more by implication than by description. The life of Dinah is a case in point. Dinah was the only little sister to her 12 older brothers, all sons of Jacob by four different mothers, Her own mother was Leah, the first wife whom Jacob was tricked into marrying, whereas Rachel, who became the second wife, was his true beloved. In the city of Shechem, the Bible tells us, the prince of that land ‘took Dinah and lay with her’ and wanted to marry her. But for the ‘defilement’ of their sister, the sons of Jacob took a terrible revenge on the prince and everyone in his city, then took her sister back home. She is heard of no more. The Red Tent, Anita Diamant’s triumph of imaginative empathy, tells Dinah’s story in her own voice. The life of the little girl, nurtured by her mothers’, was filled by their stories and the learning of the female rituals demanded by their many gods. These were told repeatedly in the red tent, to which the women retreated at the time of their monthly periods, and where their babies were born. Midwives needed not only their equipment of knife, string, reeds for suction and amphorae of cumin, hyssop and mint oil, but an accumulation of skills and knowledge to ease birth agonies and avoid the frequent deaths of both babies and their mothers. The author gives Dinah these skills. The two of the three parts of this book are taken up with the women’s lives in the tents of Jacob seen through the child Dinah’s eyes, and make delightful reading, rich in detail, written in finely judged, vivid language, and finding credible motivation for the deep puzzles of feeling that the Bible poses. Why did Jacob not accept the prince’s offer of marriage for Dinah? How did he really feel about Leah, who bore him seven sons? When Dinah drops out of the Biblical story, the author’s task of re-creation becomes much harder. After all, what future could there have been for a ruined, traumatized woman like Dinah? Diamant has envisaged another possibility. Dinah curses her family and, pregnant with the son of the murdered prince, flees to Egypt and lives out a troubled and deprived period until the author finds for her an artistically satisfying and even ultimately triumphant conclusion, when she meets the powerful Zafenat-Paneh-ah of Egypt, who is, of course, her own brother Joseph. (Review, Kirkus UK) 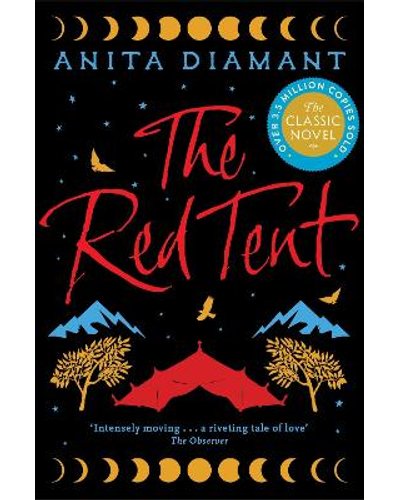