Lawrence Anthony’s South African game reserve is home to many animals he has saved, from a remarkable herd of elephants to a badly behaved bushbaby called George. Described as ‘the Indiana Jones of conservation’, when one of his rhinos was brutally slaughtered for her horn, he didn’t hesitate to lead an armed response against the poachers. Then he learned that there were only a handful of northern white rhinos left in the wild, living in an area of the Congo controlled by the infamous Lord’s Resistance Army and soon to be hunted into extinction. Lawrence knew he had to take action. 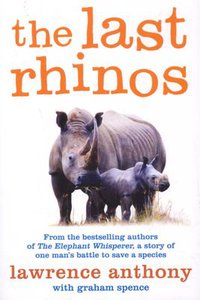